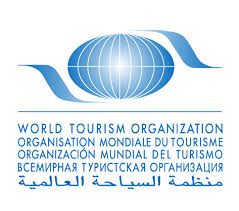 Over 400 delegates from 40 African countries, and participants from other continents too, have confirmed their presence in Arusha to map out a way forward for protected areas under increasing threat by growing populations, attempts to mine and log and land grabbing. UNWTO Secretary General Taleb Rifai will be on site himself for the event, together with other senior UNWTO officials, underscoring the importance of the topic vis a vis sustainability of the resources needed for nature and wildlife based tourism in Africa.

Here in Eastern Africa tourism is a key economic factor, ranked in the top 5 across the East African Community member states and crucial for job creation, foreign exchange earnings but also to attract sector based investments as well as promoting goodwill abroad.

Almost over the same dates will the 13th Pan African Ornithological Congress take place in Arusha too, which was moved by the organizers there after the original hosts Nigeria proved unable to meet expectations and Arusha conference organizers going out of their way to make way and accommodate this similarly important meeting.

UNPACKING GETS TRAVELERS IN A SPIN | Budget Rwanda trips

Qatar Airways to Head IATA’s Board of Governors