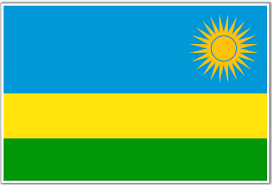 There is a sectoral growth for the tourism sector in Rwanda which besides exports of tea and coffee continues to form a backbone for the country’s economy. Tourism receipt figures given by the Minister of Trade and Industry Francois Kanimba, presently stand at US Dollars 252 million for tourism related receipts, up from US Dollars 227 million a year ago and ahead of the projected 244 million US Dollars by 8 million.

The Rwanda Development Board’s Tourism and Conservation Department is set to establish a formal office to promote MICE business, aimed to bring convention and meeting business to Rwanda, and when the new Marriott Hotel will open in early 2013, additional conference facilities and top of the ranks room capacity will not only need to be filled but offer the long awaited boost to Kigali to more effectively capture this lucrative market.

Previous TURKISH TO FLY TO SEYCHELLES

Next Serena extends free wifi to resorts and safari lodges

ANOTHER SNOWSTORM GRIPS MUCH OF TURKEY | Rwanda National Parks