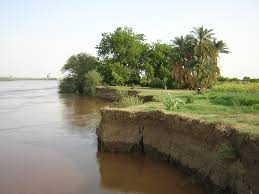 Khartoum Sudan’s Tourism Minister Mohamed Abdul-Karim Al Had all but told foreign tourists to get lost, when letting show his radical side last week to the fullest as he declared the country off limits for tourists expecting to be served alcohol or wanting to dance in a disco. Instead he advised tourists to drink Camel milk instead. He added more insult to the global tourism community when he had a go at ‘nudism and beaches’ tourists, clearly saying that the hundreds of miles of sandy beaches along the Red Sea are off limits for those wearing bikinis. His statement caused further bewilderment among international observers when he claimed that over 5 million tourists had visited Khartoum Sudan in 2012 and earned the country over 600 million US Dollars, a figure put immediately into the sphere of cuckoo land, not resembling reality on the ground.

The Sudan has plenty of ancient monuments along the Nile, having in ancient times been part of Egypt and being called back then the ‘Upper Kingdom’ and the Nile cataracts inside Sudan are as spectacular as those in Egypt itself.

However, unlike in Egypt of today, where tourism is truly a major revenue earner, with beach holidays along the Red Sea resorts of Sharm el Sheik and culture and history tourism along the Nile, Khartoum has imposed nearly impossible restrictions on tourists to actually even leave Khartoum, once they have gone through the process of securing a Visa, unless they obtain police permission – something close observers say can take several days and can by no means be taken for granted.

Next BWINDI FOREST TO GET MORE GORILLA FAMILIES FOR TREKKING