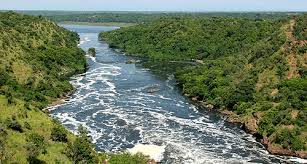 Tanzania’s tourism sector received another boost yesterday when the country won three of the seven natural wonders of Africa.

The Serengeti National Park, the Ngorongoro Conservation Area (NCA) and Mt Kilimanjaro – Africa’s highest mountain – were declared among the seven winners by organisers of the event.

There were cheers and ululation at a packed meeting hall of Mt Meru Hotel when the president of the Natural Wonders of Africa, Dr Phillip Imter, made the announcement shortly before 6pm.

Hundreds of dignitaries, including Prime Minister Mizengo Pinda, ministers and stakeholders in the tourism industry, cheered as the three leading tourist sites in the country emerged among the seven natural wonders in Africa this year.

However, it was the Serengeti, the oldest and one of the leading destinations for foreign tourists, which received most of the votes not only among the three Tanzanian winners, but also all the seven natural sites that were prized.

“Serengeti was the most voted of all the natural wonders. It also received most of the number one votes among many sites which have entered the race,” Dr Imler explained.

The 14,000-square kilometre park is famous for its wildlife splendour, especially the annual migration of nearly two million wildebeest, zebras and other grazing animals between the protected area and Maasai Mara National Reserve in Kenya. In 2006, it was declared one of the world’s natural wonders.

Even before the announcement, information had been circulating in Arusha that Tanzania had won at least two of the prizes, given the big push for the event by the Tanzania National Parks (Tanapa) and the Ngorongoro Conservation Area Authority (NCAA).

Dr Imter, while announcing the results of voting for the best natural sites in Africa carried late last year said the results were an indication of Tanzania’s commitment to conserve natural resources, including wildlife.

Other natural wonders in Africa declared winners of the race by the organisers were the Red Sea Reef, River Nile, credited as being the longest river in the world, Sahara Desert, also the largest in the world and the Okavango delta in Botswana.

The 5,895-metre high, Mt Kilimanjaro, was described as the pinnacle of Africa. It was not only the highest free-standing mountain in the world, but also rich in biodiversity, while NCA was voted for being a unique site for coexistence of people and wildlife.

AIRPORTS GETTING READY FOR THE ‘CONNECTED TRAVELER’ | gorilla trekking

GRUMETI RESERVES UNDER THE SPOTLIGHT AGAIN

RWANDA EMBARKS ON GOOGLE MAPPING OF TOURISM ATTRACTIONS, ANOTHER FIRST